What’s on Our Minds: Reality Checking Our Self-Talk 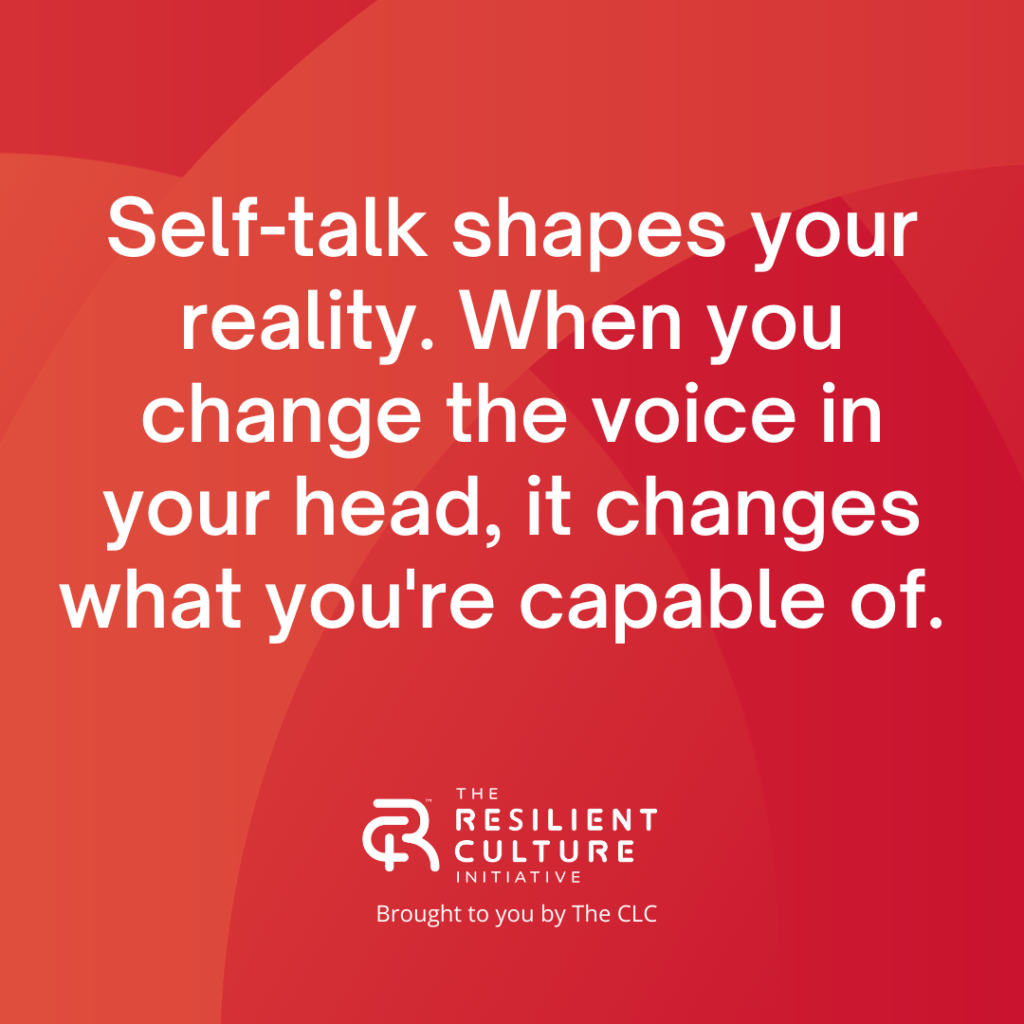 Whether it’s positive or negative self-talk, too much of either—especially the harmful negative self-talk type—is not very good for us. Researchers’ most recent findings: People have about 6,200 thoughts a day, and 70% of them are estimated to be negative leaning. Negative self-talk is clearly more common for many people. However, some kinds of negative self-talk when used motivationally can also encourage us to rise to a challenge.

While we spent this week discussing how negative self-talk can be problematic—and how to recognize and reframe it—we also know that positivity unchecked can reach a tipping point of excess too (remember “toxic positivity”).

Positive self-talk is important to the extent it doesn’t fuel self-importance, denial of responsibility, and excuse-making with ourselves….and with others to whom we are accountable. As a general idea, when self-talk is described as negative—the typical connotation is also harmful.  But we don’t believe that to always be true in every circumstance.

Conceptually, self-talk can be broken down into several different types and is very complex to study. As an academic study, how we think about ourselves and the world, is still developing. Subconsciously, people are more likely to be self-criticizing than self-compassionate. A fascinating paper by researchers on “why people fail to recognize their own incompetence” found that many people believe that they are better at something than the objective feedback validates. Just like putting ourselves down excessively over a mistake is harmful, thinking “we got this!” when we have not prepared for a challenge at hand—and certainly do not “got this”—  can be problematic, too.

The important thing is to perform reality checks against the conversations we are having with ourselves. Try to use real world observations to confirm our thinking. Are we making a bigger deal of something than we need to? Are we ignoring the facts to “confident our way” to a better outcome than we have prepared for? While we cannot think of any utility to harmful negative self-talk, sometimes even the inner critic can have a good point.  The key is to commit to consciously work to be aware of that internal voice and to know that, over time, it’s in our power to shape our self-talk to work for us.

Confidence comes from one place, and one place only: credible self-talk.